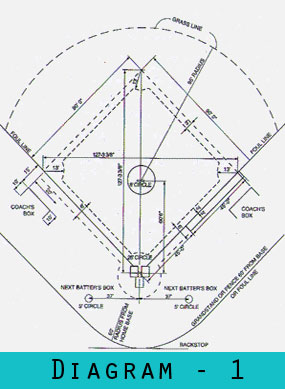 3.01
Before the game begins the umpire shall: (a) Require strict observance of all rules governing implements of play and equipment of players; (b) Be sure that all playing lines (heavy lines on Diagrams No. 1 and No. 2) are marked with lime, chalk or other white material easily distinguishable from the ground or grass; (c) Receive from the home club a supply of regulation baseballs, the number and make to be certified to the home club by the league president. Each ball shall be enclosed in a sealed package bearing the signature of the league president, and the seal shall not be broken until just prior to game time when the umpire shall open each package to inspect the ball and remove its gloss. The umpire shall be the sole judge of the fitness of the balls to be used in the game; (d) Be assured by the home club that at least one dozen regulation reserve balls are immediately available for use if required; (e) Have in his possession at least two alternate balls and shall require replenishment of such supply of alternate balls as needed throughout the game. Such alternate balls shall be put in play when_
(1) A ball has been batted out of the playing field or into the spectator area;
(2) A ball has become discolored or unfit for further use;
(3) The pitcher requests such alternate ball. The umpire shall not give an alternate ball to the pitcher until play has ended and the previously used ball is dead. After a thrown or batted ball goes out of the playing field, play shall not be resumed with an alternate ball until the runners have reached the bases to which they are entitled. After a home run is hit out of the playing grounds, the umpire shall not deliver a new ball to the pitcher or the catcher until the batter hitting the home run has crossed the plate.

3.02
No player shall intentionally discolor or damage the ball by rubbing it with soil, rosin, paraffin, licorice, sand paper, emery paper or other foreign substance. PENALTY: The umpire shall demand the ball and remove the offender from the game. In case the umpire cannot locate the offender, and if the pitcher delivers such discolored or damaged ball to the batter, the pitcher shall be removed from the game at once and shall be suspended automatically for ten days. 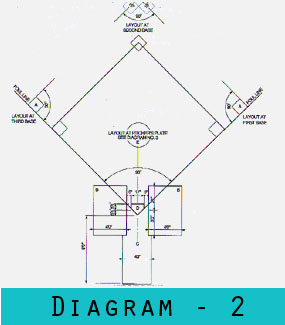 3.03
A player, or players, may be substituted during a game at any time the ball is dead. A substitute player shall bat in the replaced player's position in the team's batting order. A player once removed from a game shall not re enter that game. If a substitute enters the game in place of a player manager, the manager may thereafter go to the coaching lines at his discretion. When two or more substitute players of the defensive team enter the game at the same time, the manager shall, immediately before they take their positions as fielders, designate to the umpire in chief such players' positions in the team's batting order and the umpire in chief shall so notify the official scorer. If this information is not immediately given to the umpire in chief, he shall have authority to designate the substitutes' places in the batting order. A pitcher may change to another position only once during the same inning; e.g. the pitcher will not be allowed to assume a position other than a pitcher more than once in the same inning. Any player other than a pitcher substituted for an injured player shall be allowed five warm up throws. (See Rule 8.03 for pitchers.) 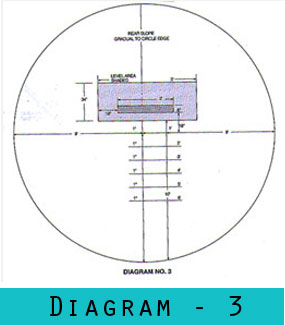 3.06
The manager shall immediately notify the umpire in chief of any substitution and shall state to the umpire in chief the substitute's place in the batting order. Players for whom substitutions have been made may remain with their team on the bench or may "warm up" pitchers. If a manager substitutes another player for himself, he may continue to direct his team from the bench or the coach's box. Umpires should not permit players for whom substitutes have been made, and who are permitted to remain on the bench, to address any remarks to any opposing player or manager, or to the umpires.

3.07
The umpire in chief, after having been notified, shall immediately announce, or cause to be announced, each substitution.

3.08
(a) If no announcement of a substitution is made, the substitute shall be considered as having entered the game when_ (1) If a pitcher, he takes his place on the pitcher's plate; (2) If a batter, he takes his place in the batter's box; (3) If a fielder, he reaches the position usually occupied by the fielder he has replaced, and play commences; (4) If a runner, he takes the place of the runner he has replaced. (b) Any play made by, or on, any of the above mentioned unannounced substitutes shall be legal.

3.09
Players in uniform shall not address or mingle with spectators, nor sit in the stands before, during, or after a game. No manager, coach or player shall address any spectator before or during a game. Players of opposing teams shall not fraternize at any time while in uniform.

3.13
The manager of the home team shall present to the umpire in chief and the opposing manager any ground rules he thinks necessary covering the overflow of spectators upon the playing field, batted or thrown balls into such overflow, or any other contingencies. If these rules are acceptable to the opposing manager they shall be legal. If these rules are unacceptable to the opposing manager, the umpire in chief shall make and enforce any special ground rules he thinks are made necessary by ground conditions, which shall not conflict with the official playing rules.

3.14
Members of the offensive team shall carry all gloves and other equipment off the field and to the dugout while their team is at bat. No equipment shall be left lying on the field, either in fair or foul territory.

3.15
No person shall be allowed on the playing field during a game except players and coaches in uniform, managers, news photographers authorized by the home team, umpires, officers of the law in uniform and watchmen or other employees of the home club. In case of unintentional interference with play by any person herein authorized to be on the playing field (except members of the offensive team participating in the game, or a coach in the coach's box, or an umpire) the ball is alive and in play. If the interference is intentional, the ball shall be dead at the moment of the interference and the umpire shall impose such penalties as in his opinion will nullify the act of interference. NOTE: See Rule 7.11 for individuals excepted above, also see Rule 7.08 (b). The question of intentional or unintentional interference shall be decided on the basis of the person's action. For example: a bat boy, ball attendant, policeman, etc., who tries to avoid being touched by a thrown or batted ball but still is touched by the ball would be involved in unintentional interference. If, however, he kicks the ball or picks it up or pushes it, that is considered intentional interference, regardless of what his thought may have been. PLAY: Batter hits ball to shortstop, who fields ball but throws wild past first baseman. The offensive coach at first base, to avoid being hit by the ball, falls to the ground and the first baseman on his way to retrieve the wild thrown ball, runs into the coach; the batter runner finally ends up on third base. The question is asked whether the umpire should call interference on the part of the coach. This would be up to the judgment of the umpire and if the umpire felt that the coach did all he could to avoid interfering with the play, no interference need be called. If it appeared to the umpire that the coach was obviously just making it appear he was trying not to interfere, the umpire should rule interference.

3.16
When there is spectator interference with any thrown or batted ball, the ball shall be dead at the moment of interference and the umpire shall impose such penalties as in his opinion will nullify the act of interference. APPROVED RULING: If spectator interference clearly prevents a fielder from catching a fly ball, the umpire shall declare the batter out. There is a difference between a ball which has been thrown or batted into the stands, touching a spectator thereby being out of play even though it rebounds onto the field and a spectator going onto the field or reaching over, under or through a barrier and touching a ball in play or touching or otherwise interfering with a player. In the latter case it is clearly intentional and shall be dealt with as intentional interference as in Rule 3.15. Batter and runners shall be placed where in the umpire's judgment they would have been had the interference not occurred. No interference shall be allowed when a fielder reaches over a fence, railing, rope or into a stand to catch a ball. He does so at his own risk. However, should a spectator reach out on the playing field side of such fence, railing or rope, and plainly prevent the fielder from catching the ball, then the batsman should be called out for the spectator's interference. Example: Runner on third base, one out and a batter hits a fly ball deep to the outfield (fair or foul). Spectator clearly interferes with the outfielder attempting to catch the fly ball. Umpire calls the batter out for spectator interference. Ball is dead at the time of the call. Umpire decides that because of the distance the ball was hit, the runner on third base would have scored after the catch if the fielder had caught the ball which was interfered with, therefore, the runner is permitted to score. This might not be the case if such fly ball was interfered with a short distance from home plate.

3.17
Players and substitutes of both teams shall confine themselves to their team's benches unless actually participating in the play or preparing to enter the game, or coaching at first or third base. No one except players, substitutes, managers, coaches, trainers and bat boys shall occupy a bench during a game. PENALTY: For violation the umpire may, after warning, remove the offender from the field. Players on the disabled list are permitted to participate in pre game activity and sit on the bench during a game but may not take part in any activity during the game such as warming up a pitcher, bench jockeying, etc. Disabled players are not allowed to enter the playing surface at any time or for any purpose during the game.

3.18
The home team shall provide police protection sufficient to preserve order. If a person, or persons, enter the playing field during a game and interfere in any way with the play, the visiting team may refuse to play until the field is cleared. PENALTY: If the field is not cleared in a reasonable length of time, which shall in no case be less than fifteen minutes after the visiting team's refusal to play, the umpire may forfeit the game to the visiting team